Firefox Facebook a theme for Firefox 4 - quite an interesting mix don't you think? To be honest I didn't fell off my chair when I discovered the Firefox 4 theme simply called "Facebook" especially since its official home doesn't offer any detailed screenshots. On the other hand I was really amazed by how good it can look (warning: blue is my favorite color so this is more of a subjectivist opinion than usual) so here we are: Facebook is this week's Firefox theme - sounds pretty funny if you read it carefully don't you think? ;) 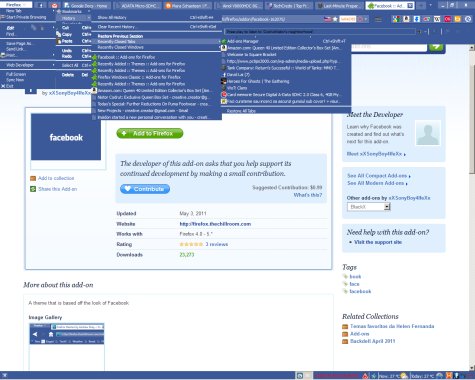 This Firefox 4 theme known as Facebook got its last update on the 3rd of May bringing the current version number up to 0.51. I know it may not seem much but take a closer look at these numbers: 23273 downloads so far a rating of 5/5 stars after (only) 3 user reviews fully compatible with Firefox 4.0 to 5.* (already!). With its original home being located here Facebook 0.51 looks better than more 1.x+ themes and if you like it at least as much as I do you should also consider a small donation - the suggested amount is as small as $0.99. 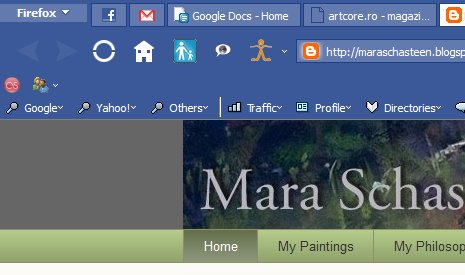 Other than the above... I think the best way for anyone to decide if this Firefox theme will look good on their screen or not is not to hate blue Facebook and obviously have just a few seconds to spare for taking Facebook for a spin. Hey you may even hate the notorious website yet fall in love with the Firefox theme so... get to it what are you still waiting for huh? The Apocalypse has been delayed deal with it! :P