Sometimes everyone feels like destroying its competitors all their work all they ever loved... I am sure most of you know that feeling already. While such feelings aren't exactly something to be proud of keeping it all inside is also a bad idea so why not go ahead and literally destroy the Web huh? ;) 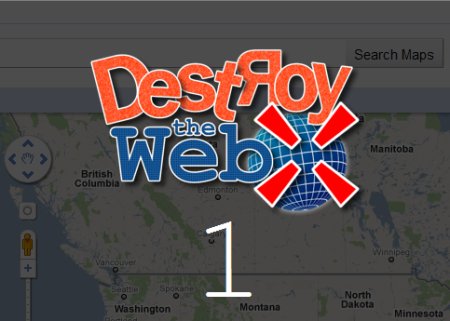 I know this week just got started but it's never too early or too late to have some fun especially when it's about destroying the Web your mouse and some of your precious time all thanks to a really insane Firefox addon namely Destroy the Web.

Developed by a guy from San Hose Costa Rica Destroy the Web got its last update only a few days ago and I must confess it's a pretty addictive little thing. After installing it (warning: 4 MB to download so if your connection is really slow don't expect it to be ready to go in 10 seconds!) a new button appears in the toolbar and all you have to do is press it and start shooting all the stuff that can be found on screen - hyperlinks headings images tables form elements and so on. 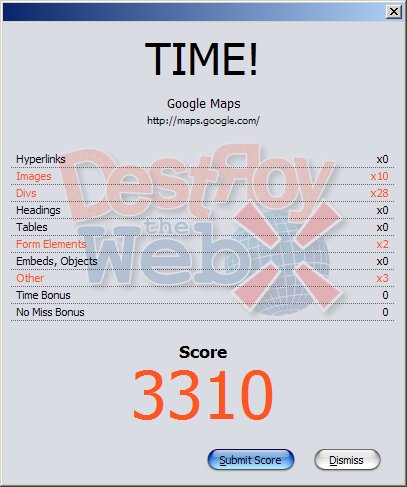 What I don't like about this Firefox addon? The sound and music but it's great to know that you can disable them both at once so there's no problem with that - I can destroy the Web while listening to Slayer's War Ensemble - now that's some heavy stuff don't you think? That's all folks go ahead and destroy the Web I just gave you the tool to do it right! ;)

Next: Firefox Theme of the Week - SmallringFX DARKBlue 0.921