Wondering about the winner in the Firefox 4 vs Internet Explorer 9 match already? Well until we get to see the final version of Firefox 4 released I could say that we have a winner right here and right now: Internet Explorer 9 is available to the public while Firefox 4 is still expected to arrive but... let's take a closer look at this whole story shall we? 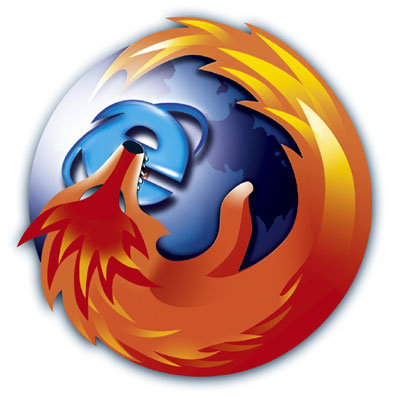 In case you don't know already how fast is Internet Explorer 9 then you should definitely take a look at this article. Now speaking about compatibility with Windows XP Internet Explorer 9 loses the match - according to Firefox Extension Guru's Blog Firefox 4 is expected to work with Microsoft's good old operating system so the score of the match becomes 1-1.

Next we should take a quick look at two major attributes of today's Web browsers: speed and amount of extensions available. In both cases I think Firefox 4 will be the winner but since I don't think the speed gain will be that big as it happens with IE 9 vs IE 8 the score will only jump up to 3-2.

Now... what about security? According to a press release quoted here "Studies show that Internet Explorer 9 blocks 99 percent of socially engineered malware attacks five times more than Firefox and 33 times more than Google Chrome." More than impressive once again especially since we all know that IE 7 and IE 8 were both like an open door to malware... so it seems the score gets even once again 3-3!

At last let's also take the interfaces and overall feeling that you'll get from Firefox 4 and Internet Explorer 9. I don't know about you but I can only see a Firefox that tries to be more like Chrome and a new Internet Explorer that's just what it is - a seriously improved Internet Explorer that doesn't try to be anything else so for me the final score of the Firefox 4 vs Internet Explorer 9 match is 3-4 and Mozilla's "most awesome-incredible-uber-browser" loses. Obviously we'll get back to this as soon as the final release comes out but until then nothing stops you from voicing your opinions... so go ahead drop those comments below will you? ;)