Ladies and gentlemen it seems this week we're back in blue! It seems I'm pretty blue literally today because I started well and now I feel pretty sick but that won't keep me away from the Firefox theme of the week here on PCTips3000 especially since QSQ seems to be exactly what I like - a blue simple Firefox 4 theme that's surely something most of you will really enjoy. These being said let's take a closer look at it shall we? 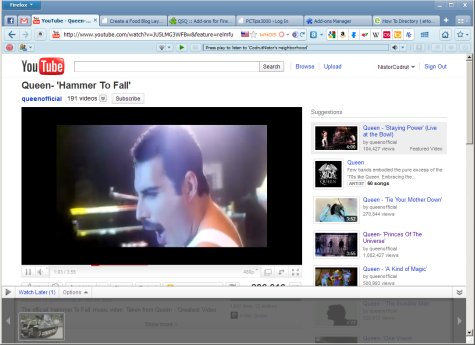 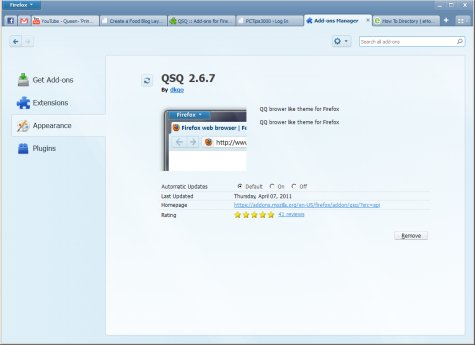 What's to like about QSQ? Well apart from the blue color I'm so crazy about we have a better design of the Forward/Back buttons (I can't say I'm crazy about that round Back button offered by Firefox 4's default theme) a blue Firefox button (no more orange and only the Firefox logo instead of that text when in full screen mode hooray!) as well as a bunch of other little things that will make your Firefox user life a lot better but Iţll leave those for you to discover - I hope you have no problem with that.

These being said... I guess that's all for this week's Firefox theme so see you next time with a new one and I really hope you'll enjoy QSQ. That's all folks! ;)

Next: Automate Your Tasks with Journal Macro 1.84