Some time ago I bumped into the Firefox theme we're going to talk about today and I really enjoyed seeing it shaped to closely follow Valve's Steam client looks. I left it aside back then but today it struck me again so I decided to make it this week's Firefox theme so here it is - ladies and gentlemen get ready for some STEAM! ;) 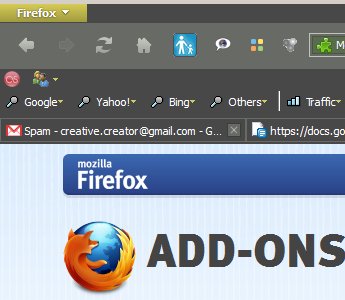 As I write this the current version of STEAM released on the 13th of July is labeled 1.0.6 and has been downloaded 32474 times. Fully compatible with all Firefox 5.* releases STEAM has a rating of 4/5 stars - after only 6 user reviews. Still labeled as "Experimental" by Mozilla STEAM already has better stats than some themes that have been fully approved already so things are looking pretty cool in my opinion... 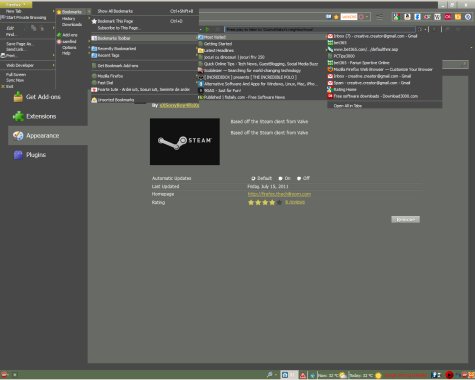 Other than the above I don't think there's anything special to say about this theme - if you love Steam you'll surely love it; if you have no idea what Steam is and how does it look but you like dark themes you'll love it; if leaving anything else aside you simply love simple straightforward Firefox themes you'll also love it. I guess that's all for this week folks - have a nice and most important part of it all cool weekend!

P.S. I nearly forgot about this - the other official homepage of this cool & dark Firefox theme can be found right here. Now this is really all of it - seriously! :P

Next: Make Focus on Active Window in Windows 7