A few years ago a good friend of mine started to tell me stories of a great Web browser that used the same rendering engine as Firefox but provided a lot of extra features and worked like a charm right out of the box without asking for a bunch of plugins to be added to make your Internet life better. Back then Flock was still in its early development stage the version my friend told me about being 0.9-something. In the meantime I started using it loved it and despite the fact it didn't become my primary browser I always kept Flock around waiting for its breakthrough. Unfortunately that didn't happen and even worse today I have to say "RIP Flock" because this "could-have-been-awesome" Web browser will no longer be supported in about a week... 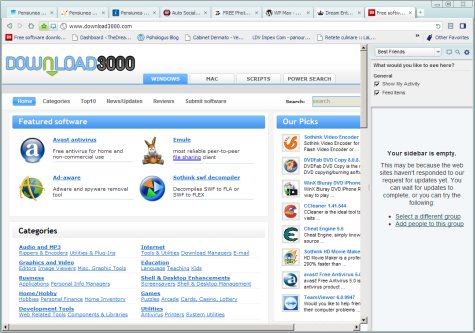 ... as the official mail I got from the Flock team at the end of last week says: "Support for Flock browsers will be discontinued as of April 26th 2011. We would like to thank our loyal users around the world for their support and we encourage the Flock community to migrate in the coming weeks to one of the recommended web browsers listed below."

Obviously these recommended browsers are Chrome and Firefox the ones that provided Flock's foundation during its entire life. To be honest I can't say any of them is better than Flock when it comes to social networking right out of the box but I guess that's life - no matter if it's about computer programs or people it seems the good die young way too often.

Well... I guess that all I can say now is "RIP Flock - you'll soon be gone but you won't be forgotten for a really long time" and then get back to my beloved Opera just to dream of a browser that could have been more than awesome... :|

Next: RockMelt, The New Flock!