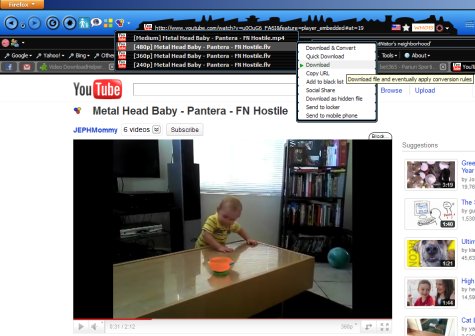 Since the numbers surrounding Video DownloadHelper should say it all let's take a quick look at them: current version is 4.9.3 released on the 21st of June has been downloaded no less than 94430242 times works with Firefox versions from 3.0 to 5.x currently holding a rating of 4/5 stars after 3054 user reviews. If that's not impressive I guess you're waiting to see dinosaurs falling from the sky to be impressed am I right? Keep waiting then! :P 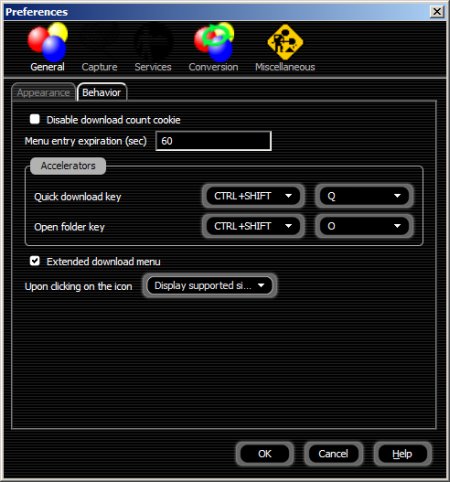 The short description found on the Mozilla.org page dedicated to this Firefox addon says "The easy way to download and convert Web videos from hundreds of YouTube-like sites. This works also for audio and picture galleries" but the truth is larger than just that. Since I mentioned the dirty little helper part in the beginning let me add that the official home of Video DownloadHelper ready to be explored right here allows you quickly access a pretty long list of online video sites... only that A LOT of them contain only adult videos. Not really a teenage-friendly Firefox extension right? Well if you can leave that aside just grab Video DownloadHelper and take it for a spin - you'll be amazed trust me!