"The second Microsoft takes Windows 7 away and tries to force Windows 8 down our throats yet again. I will no longer be a Microsoft customer." - this is a comment on an article published 3 days ago and most comments are far from being positive towards Microsoft's operating system. After all you don't have to be a Microsoft hater to figure out that an operating system designed for touch devices simply can't work as it should on desktop computers/laptops/any other devices that don't have any touchscreen... 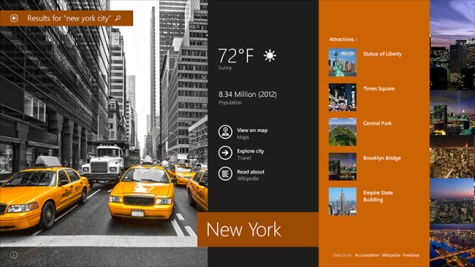 Can Windows 8.1 provide enough to make people leave Windows 7 behind?

... so why would anyone move from Windows 7 to Windows 8.1? After all Windows 8.1 brings back the lost Start button but is that enough? Here we have a few reasons that are making me keep Windows 7 around for now and will do the same even after the 18th of October the day when Microsoft will introduce Windows 8.1:

I guess that's all for now. If you have any other reason for staying with Windows 7 and not move to Windows 8.1 please go ahead and share it with the rest of us!

Next: War Thunder is one of PlayStation 4's launch titles