I know gaming news isn't exactly our thing here but this one's big: we finally got a Diablo 3 release date! First announced at the Blizzard Worldwide Invitational in Paris France on the 28th of June 2008 Diablo 3 almost turned into vaporware with its release date being continuously pushed back not to mention that its development started way back in 2001 when Blizzard North was still up & running. Fortunately things are moving pretty fast now... 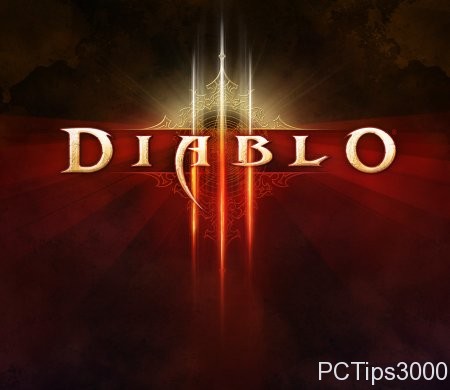 ... because on the 7th of this month Bashiok (Blizzard community manager) confirmed the start of a limited external testing stage by employees and their families quickly followed on the 20th by an announcement regarding the beginning of a closed beta portion where invites promotions and giveaways can get you in not only your belonging to a certain family. Anyway until we get out hands on a Beta invite I guess we should stick with the last piece of news regarding that damn Diablo 3 release date: "early 2012" but as you surely know Blizzard's "early" will surely be different when compared to ours... :

One of these days I surely spotted Diablo III's release date as being the 31st of March 2012. Unfortunately I just can't find that page again. The good part is that Diablo 3 Beta invites are rolling out as I write this and even better they'll keep rollin' the entire week. Unfortunately it seems only about 1000 players will be allowed to enjoy it at this stage but it's surely better than nothing. These being said let me place my bet on the final release date of the long-awaited Diablo 3: mid-June. Any other thoughts maybe a little insight on that Beta from a happy gamer who's in already you own bets? As usual I'll be waiting for your comments! ;)

Later Edit: After checking quite a few websites I ended up on one of my favorite online game shops (it's a Romanian website no need to link to them now they're not shipping to other countries) where I noticed one sure date for the long-awaited Diablo 3 release: 16th of March 2012. Here you have it!