RealPlayer although has few other flavors available for the users however basic version of RealPlayer 14.0.3.647 works perfectly for movies and music lovers. The software supports almost all common file formats and therefore can be considered as an all in one media player. Also RealPlayer can communicate with Internet and therefore users can get access to thousands of on-line radio stations which they can enjoy round-the-clock. Basic version of RealPlayer also includes audio CD burning feature which allows users to create audio CDs of their favorite songs. Moreover RealPlayer is also capable of playing flash videos. This feature is not available with every media player available in the market. 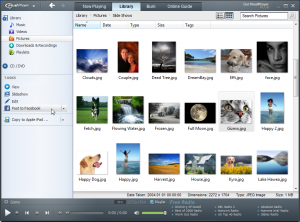 Next: Get Information about Any Computer with Speccy 1.10.248