Back in the days when I got my Facebook account most current users had no idea about it. Now Facebook is slowly heading into that deadly area of social networking: too many users that don't bring any value to the community and even worse than that a lot of spam. Apart from these two issues I also hate Facebook thumbnails but fortunately there's a solution to enlarge them on the fly namely Facebook PhotoZoom today's subject. 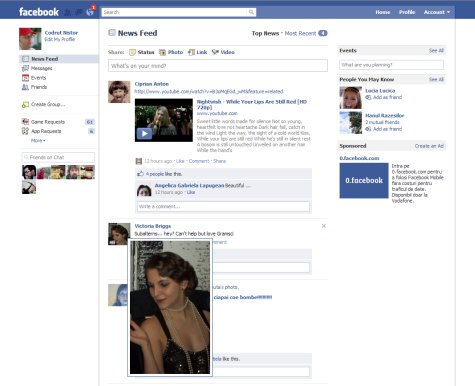 Since the name should say it all I think there's not much to say about what this Firefox addon does right? The numbers look like this: current version of Facebook PhotoZoom is 1.9 released back on the 6th of December 2010 having a rating of 5/5 stars after 79 user reviews and almost 650000 downloads. Best part of it all - Facebook PhotoZoom 1.9 works with both Firefox 3 and Firefox 4 so everyone should be able to use it even those still waiting for their favorite plugins to become compatible with the last Firefox release before upgrading. Sweeet!

Other than the above... there's nothing special to say about Facebook PhotoZoom since this is one of those Firefox addons that you install and forget about because there's nothing else you should do - just enjoy its benefits. I don't know about you but I'm already enjoying it a lot and I ca even bet that some of my friends will love this Firefox addon more than Facebook itself! ;)