Firefox really seems to be in a hurry these days don't you think? Let's just have a short recap: after a few years of 3.x releases (Firefox 3 was released back in mid-June 2008!!!) Firefox 4 arrived on the 22nd of March of this year quickly followed by Firefox 5 only about three months later (on the 21st of June to be more precise). Now it seems that Firefox 6 will arrive on the 16th of August. Why so soon? Obviously because both Firefox 4 and Firefox 5 suck to be honest. These being said let's have that short trip into the future: it's the 16th of August 2011 and Firefox 6 final release hits the road just as planned. What's new in Firefox 6? Well before moving to the Firefox 6 features part we should take another look at Firefox 4 and 5 with their changes so here we go: 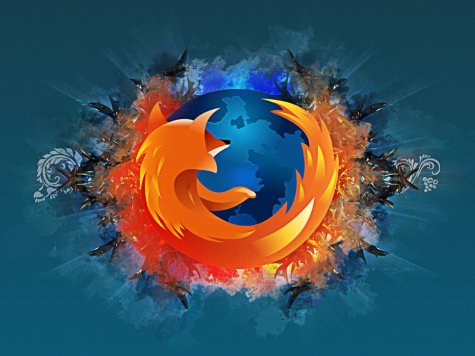 - Firefox 4: promising to be much faster than its predecessor and offering an "improved interface" (this is how they call it I call it "Google Chrome ripoff" and I know I'm not the only one) this Firefox version came with the Gecko 2.0 engine and improved support for HTML5 WebM or WebGL things that matter less than support for plugins that people have been using for ages the main reason that kept away a lot of 3.x users from upgrading. Even more performance improvements remained only a promise...

- Firefox 5: Mozilla even copied Google Chrome's style of new releases and version number increments but forgot one little thing - actual improvements and fixes. Now even some of the plugins that worked with Firefox 4 stopped to work. Great job Mozilla! ... NOT.

- Firefox 6 doesn't use 400 MB of physical memory out of the box. It uses 2 GB of swap instead. - Speed has been significantly increased. Firefox 6 crashes two times faster than any previous version. - The new tab scrolling feature allows you to scroll inside a single tab that has no scrollable content. Amazing! - Domain highlighting in address bar helps you feel better that your updated browser really has a new feature. The fact that only 1 or 2 percent of its total amount of users will actually use it is nothing more but a minor detail. - The Permissions Manager sounds great in theory. People who are really into that kind of stuff are already using plugins to manage what's to be shared with other sites... wait those plugins won't work with Firefox 6! Well people into that kind of stuff (like "feeling that your personal data is safe" you know...) will move to some other browser. Any other browser. Now. - Firefox 6 REALLY helps you stay safe - no matter what you do it calls directly to FBI NSA and CIA. Nothing wrong with you just to keep you away from any kind of possible harm. It's all for your good don't worry!

Breaking News: According to the last reports Firefox 8 will be the last release of the browser from Mozilla. Google acquired all there was to acquire and will close it for good soon. Finally Firefox users can simply use Google Chrome and stop lying to themselves.

That's all folks! This is how I see Firefox 6 - sooner or later we'll all see it coming around and to be honest even if we leave all jokes above aside I don't think we should expect anything really good from it. Mozilla lost it with Firefox 4. It's only a matter of time until they realize that. Anyway... let's stick to Firefox 6 and ask you one final question: what do you expect from Firefox 6? I'm looking forward to your answers! ;)