God of War III sounds like astronomy to me - I've heard about it more than just a few times some of my friends told me it's really great yet I have no solid interest in it. On the other hand I really like well done Firefox themes so today the time has come for God of War III - the Firefox theme not the game! ;) 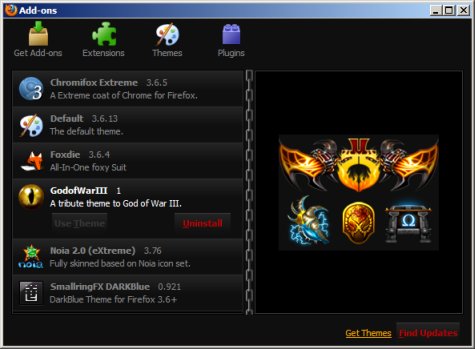 With about 1.5 MB to download God of War III may seem like a pretty heavy Firefox theme to some of you out there but once you see it in action you can't deny that no matter how much you have to wait for this amount of data to be downloaded having your Firefox skinned with it is worth the wait. Well at least that should be true if you don't have anything against dark themes - the graphics may be great but I must admit this theme is a bit dark... 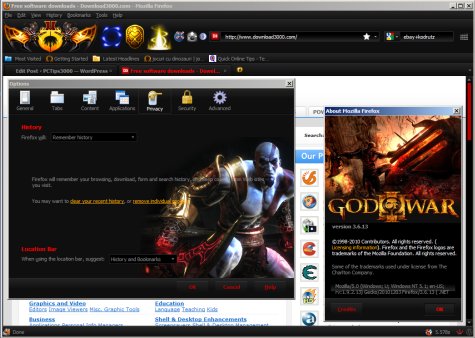 ... but since there's nothing better than taking God of War III for a spin and see how well it fits your mood tastes and current Window theme I think you should give it a try! Freely available and with a suggested contribution of $2.99 God of War III works with Firefox 3.0 - 3.7a5pre and its latest version was released less than a month ago.

Oh yeah here's one last thing - if you really love this theme and would like to keep an eye on what may also be coming from its author you will surely want to get back to this blog once in a while. That's all folks! ;)

Next: WhoisDomain - All In One Site Lookup