In the last few years entering my login credentials to various sites became probably one of the things I hate most despite the fact I use automatic login whenever that's possible. Sure I could always go with a good password manager but something seems to be holding me back. I somehow have an idea on what that "something" may be but I simply don't care - every time I'm afraid of using one program to make my life easier I end up discovering more programs to make my life easier and today the time has come for Fotofox! ;) 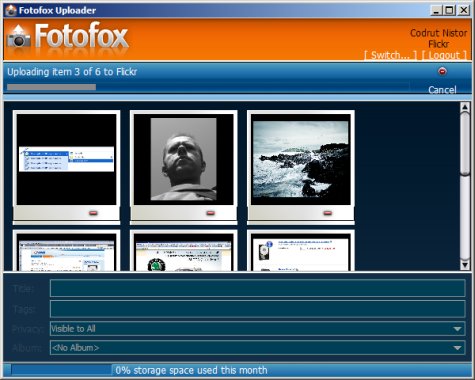 In case you already have the Kodak EasyShare Companion extension you may want to skip this Firefox addon we're talking about today because these two are redundant - basically it's the same thing but branded differently. According to the official mumbo-jumbo Fotofox is a Firefox addon that can help you easily upload individual images or entire galleries to a selection of online foto services and I must say they're almost right. "Almost right" because at least for now the list of supported services only contains the following: Flickr Kodak EasyShare Gallery Marela Photobox Tabblo Smugmug Zooomr and 23hq. 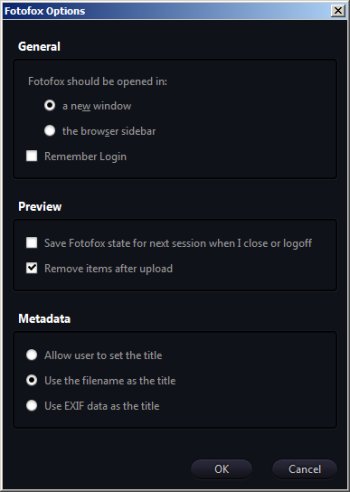 I know I know there's no Facebook support available at this time but we can only hope it's going to be one of the first things added to the next version. After all the last update of Fasterfox version 2.0 came on the 30h of November 2010 so it's about time for a new release don't you think?

All in all working with Fotofox 2 is pretty easy and this Firefox addon looks pretty good to me. With only 313 KB to download everyone should be able at least to download it and take it for a spin so... what are you still waiting for huh? Christmas is gone people so get your hands on this Firefox addon and start uploading your pictures I know most of you have a lot of awesome shots to share! ;)