It seems a lot of good things happen when the sun is shining properly despite the fact I'm not crazy about sunny days at all. On the other hand I can't say I love cold and rainy days either so the truth is somewhere in between... but one thing's certain: today I bumped into some pure Firefox awesomeness that I really have to share with you namely FoxTab. 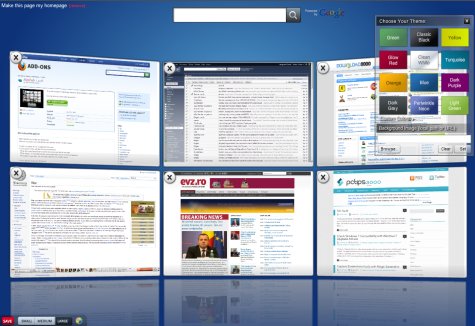 Strange enough this Firefox addon seems to be extremely popular yet today's the first time I get to see it. No problem after all it's always better later than never so let's take a closer look at those numbers - FoxTab reached version 1.4.2b on the 14th of April and until now it managed to get a rating of 4/5 stars after 1091 reviews and no less than 16005662 downloads. Really impressive!!! Despite its amazing look & feel FoxTab works with Firefox 3.0 - 4.0.* so if you're still stuck with the old version of the browser you can still enjoy it. Awesome!!! 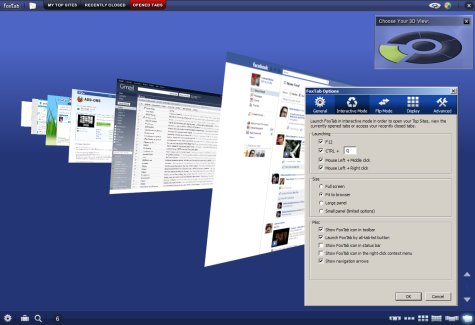 If you like the 3D page flip feature present in Safari or extensions like Cooliris you'll surely enjoy FoxTab. Sure it's not the only one of its kind but who really cares about that? FoxTab is one excellent 3D tab management extension and in the end this is what really matters. Things like its Speed Dial the excellent Tab Flipper or those 6 3D layouts currently available to choose from are only minor details. The only big thing that remains should be this: FoxTab is one of the best Firefox addons you've ever seen and there's no excuse for you not to take it for a spin RIGHT NOW. That's all folks! ;)