Will Facebook go down anytime soon? A few months ago this question would have been a bit strange. No not strange but really hilarious! Now thanks to Google Plus things seem to become serious for Facebook. Sure there's no huge threat waiting around the corner for them but we may see a serious migration to Google Plus in the year to follow. The reason? Google Plus offers all those things that Facebook does not especially flexible privacy settings and integration with all those awesome Google services everyone's using already including Google Search and Picasa Web Albums. Not bad not bad at all!!! 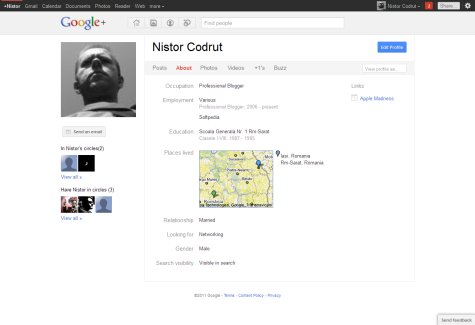 Since I see no reason in mumbling about all those awesome features Google Plus may or may not offer I think we'll take a slightly unusual path today - we'll just take a quick look at the Google Plus features that make it stand out then we'll tackle its advantages and drawbacks when comparing it to the Facebook behemoth. Ready or not here we go...

1. Circles - basically this features is about keeping private things private or... just keep it in the family you know... By default you get 4 circles - Friends Family Acquaintances and Following but creating a new one is as easy as drag & drop. When uploading an image album and deciding to share it it only takes a few seconds to decide which circles should get access to it. 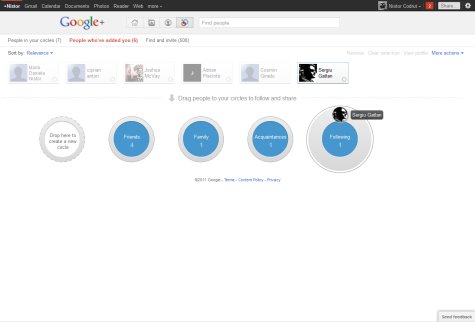 The best part of this feature is that creating Circles and adding people to them is far easier than messing with Twitter or Facebook Friend lists.

2. Google services integration - no need for a new account nicely integrated into GMail excellent interaction with Picasa Web Albums and Google Search. Just get ready to see some of those useless Facebook results in Google Search slowly going away - it doesn't matter when will this happen but I am sure it will. This has nothing to do with the fact that Google Plus is a Google service only that Facebook seems to feed the entire Web with a lot of junk these days... 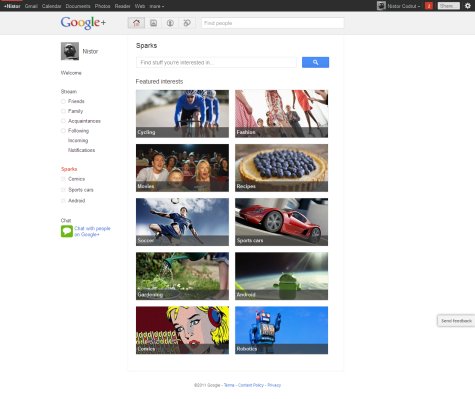 3. Sparks - not really special just Google's version of the notorious Facebook Newsfeed if you ask me. If you think there's really something more to it feel free to drop a comment!

4. Hangouts - video conferencing and Circles mixed together - pretty interesting to mess with if you got a video camera attached to your computer and you're into this kind of stuff. For me typing remains the best way of interacting with people online. I know it sounds old school but that's me... ;)

1. Using Google Plus is really easy - easier than Facebook if you ask me. Add the fact that it's also less annoying than Facebook can be and you really get a winner here!

2. Google Plus has an incredible potential - as I write this there are about 200 million GMail users. If only 25% of them join Google Plus that would be... quite a lot and most important of all enough to make more and more people interested in it - right now one good excuse for not using it would be "all my friends are on Facebook I don't know anyone using Google Plus" without a single doubt.

3. Google Plus Android app - Google service on a Google-powered mobile OS - do I really have to say more? Already sounds much better than any Facebook and mobile OS combo you could think of! 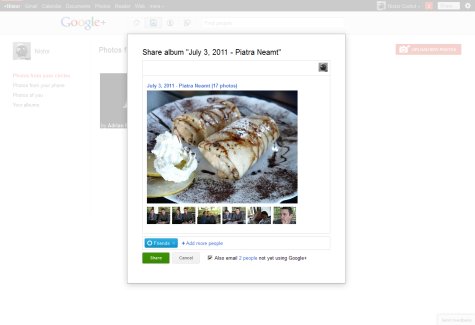 4. Google Plus Photos - add a Web-based photo editing tool to Facebook photos and you should get the idea. Really quick easy to use well organized - I really see no need for third party tools here. Awesome!

1. Not enough users - sure Google Plus may still be a little mouse compared to Facebook but you can invite all your buddies to join. Slowly but surely this problem will go away.

2. Access to your location search history and other kinds of private data - if you're worried about such things why using ANY Google service huh? Deal with it! If you got something to hide keep it behind closed doors at home don't throw it online and then complain about it becoming public!

3. No games - I know some may say this is not a problem but they should also admit that (way too many in my opinion) a lot of Facebook users spend at least one hour daily on Farmville and other similar apps. Google Plus has no response to Facebook's apps and games - at least not yet...

Google Plus - The Conclusion

Despite the fact we're talking about a product that still needs some retouches here and there I must say I already love Google Plus. If they don't decide to suffocate its interface with advertising (in most cases I think GMail ads are not annoying if they keep it this way it's fine) I think Google Plus can beat Facebook in the long run at least when it comes to quality users and content. Unfortunately idiots always follow... but let's hope they'll find a way to keep them out this time! ;)

Next: RapidShare Alternative Of the Week - Zippyshare