Ethereal is a freeware protocol analyzer utility which is mostly used by networks and systems administrators. The application is capable of capturing packets from the transmission media and displaying the protocols and other important information in easy to understand language. The software can be used to monitor network traffic on regular basis and can also be used to identify if because of any weird reason the network starts behaving obnoxiously. Ethereal can capture packets from the entire enterprise network hence allowing administrators to monitor the complete infrastructure right from the Central location. However administrators need to have proper knowledge about the application and the protocols as well. 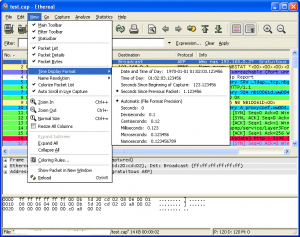 Next: Free Medical Dictionary for Medicos