I think I started using Opera more than a decade ago but that's a bit of a shady memory. On the other hand I can surely remember the ups and downs we've been through especially those many times when Opera introduced features way ahead of their time just to see them become popular and highly acclaimed a few months or years later when other browsers added them as well.

Well it seems all good things in life must come to an end and unfortunately it's also pretty obvious that Opera's final hour is drawing near - this is the beginning of a short series about the rise and fall of my (formerly) favorite Web browser which may survive more than just another year but managed to drop all that made it special and worthy of being my primary browser despite its various drawbacks.... 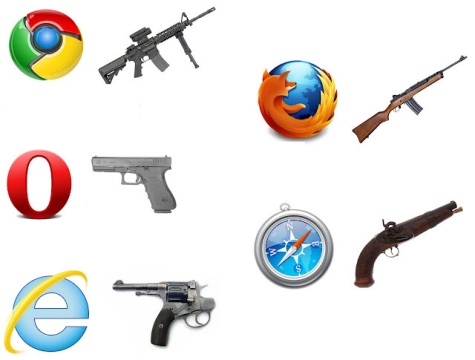 Opera is not dead yet...When looking back at Opera's history we could go all the way back to the initial release that occurred in late 1994 but we won't do that since the whole "Opera is dead" story revolves around its Presto layout engine and some of the outstanding features that came and in some cases also went away - I am thinking about the whole Opera Unite thingie of course.

As I write this Opera seems to have over 300 million users worldwide with a lot of people primarily using Opera on their mobile phones or tablets since Opera Mini is the third most popular mobile browser also being the default one chosen by various manufacturers for their handsets. Next to those over 120 million mobiles that have been shipped with Opera so far we have the Nintendo DS and the Wii gaming systems both having Opera as the only commercial Web browser available.

The Presto layout engine was introduced in Opera 7 all the way back in early 2003 remaining in use until now version 12.15 being the last one to use it. When it comes to features I only have to say that Opera Unite was awesome but pretty unstable reliability being one of the main concerns that keeps people away from the desktop version of this browser next to the illusion (for quite a while) that Firefox or Chrome were really much better because the truth seems to be a bit different as we're going to see in next week's episode...