Internet Security and Acceleration (ISA) Server 2006 is a complete security solution for Microsoft based network infrastructure. The software works as an efficient firewall and proxy server. An evaluation version of the product can be downloaded from the Microsoft's official website and can be used for up to 180 days. When an administrator installs the application on the server by default Deny All rule is applied to the computer hence isolating the entire PC from the network. After this the administrator needs to create several policies to open the ports through which he wants the computer to communicate with the network and Internet. 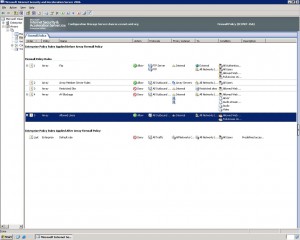 Next: View All Excel Files with Excel Viewer