Opera's Speed Dial was one of those solid reasons that a lot of people had to justify the use of that browser. After a while everyone starting to copy that - at this time Firefox alone has more Speed Dial-like addons than all the Opera addons available Maxthon comes with a similar feature built in while Google Chrome's built in new page screen doesn't go that far either... but this default capability surely gets beaten by the extension I found for you today an extension that's simply called Speed Dial (someone should really register for its copyright once and for all)! 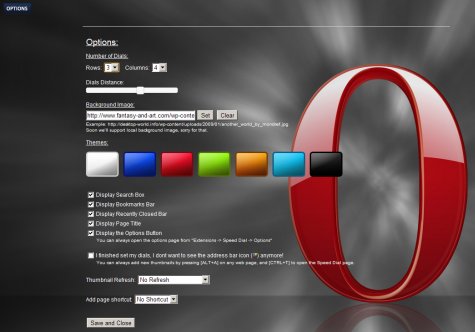 As I write this over 360000 users already downloaded Speed Dial for Google Chrome and the extension's rating is 4.3/5 stars after no less than 2594 user votes. I don't know about you but I think all these numbers look pretty good so let's add some more numbers to the story: with this Speed Dial Google Chrome extension you can add no less than 81 sites to the Speed Dial screen compared to the 25 available in Opera's Speed Dial!!! More than the above I must tell you that Speed Dial for Google Chrome comes with a bunch of additional features that I'll leave for you to discover since all I have to add at this time is that without a single doubt this Chrome extension is the best Speed Dial I have seen so far. To make it even more impressing I should also add just two more number-related parts: current version is 2.1 released way back in mid-November 2010 so Opera had enough time to make its Speed Dial better but this just didn't happen. 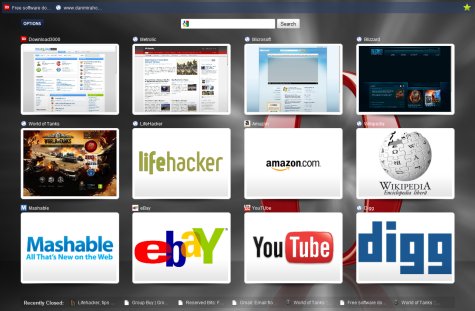 All these being said I'll move on with my work but Speed Dial surely won't move anywhere - this Chrome extension has just become one of those vital browser addons every power user will remember even if awaken in the middle of the night. Well done josorek! I'll be waiting for a new version and I bet I'm not the only one... ;)

Previous: How to Share a Locally Installed Printer in Windows 7?

Next: How to Add a Program in Windows Firewall Exception List to Allow it to Communicate with Internet in Windows 7?